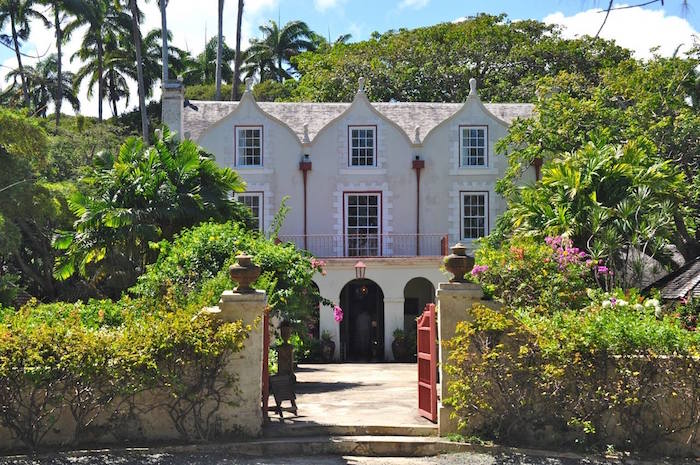 Now owned by a Barbadian family, the first in its history, the Warren family has meticulously restored the property to its original splendour.

St Nicholas Abbey is likely the last remaining authentic house of the 17th Century that exists anywhere in the “New World”. When this residence was built around 1658 of brick and limestone, many of the structures in the North America were made of timber, and have long since perished.

The residence was built only 30 years after Barbados’ settlement by the British in 1627, so it is of significant historical value to the island.

Listed today by the Barbados Tourism Authority (BTA) as one of the ‘Seven Wonders of Barbados’, St Nicholas Abbey is believed to be the oldest building in Barbados, and one of three existing Jacobean houses in the Western Hemisphere (the other two being Drax Hall in Barbados and Bacon’s Castle in Virginia).

At the moment only the ground floor of St Nicholas Abbey is open to public viewing. There is a collection of period furniture including a four poster bed said to be owned by Napoleon’s second wife, Empress Marie Louise. The Dining Room table and chairs is thought to be Barbadian made round about 1840, possibly earlier.

Enjoy a 20 minute home movie taken by Col. Stephen Cave’s father in 1935 which shows a fascinating and surprising glimpse of life on a plantation at a time before modernisation.

One of the few distilleries of its kind, St Nicholas has embraced the traditions that made Barbados rum famous over 350 years ago. Under the guidance of Richard Seale, renown for distilling aged rums of quality and distinction, the plantation is developing aged rum. Barrelled in the finest oak bourbon casks and aged in the old stables, the rum benefits from the cooling Tradewinds breeze of the plantation’s highland location, developing a distinctive character and resulting in genuine, unblended liquor.